Panama is a relatively small country, covering just over 75,000km2/29,000sqmi in land mass (or an area slightly smaller than South Carolina), but it has so much to offer tourists and locals alike.  From the gorgeous highland mountains and volcanoes, to stunning golden beaches and flowing rivers, to lush tropical rainforests, there’s something for everyone – even in the City!  SpanishPanama language school is located in El Cangrejo in Panama City, which is so close to many of Panama’s most amazing attractions.  To help you decide which ones to visit, we’ve put together our top 5 must see places in Panama City, Panama.

Probably one of Panama’s most distinctive and well-known attractions, the Panama Canal is about 80km/50mi long, joins the Pacific and Atlantic oceans, took 34 years to build, and is listed as one of the seven wonders of the modern world.  It was even listed by CNN Travel as one of it’s 11 Places to go in 2014.  And last but not least, (as if you didn’t need any more reasons to visit), the canal turns 100 in August this year! 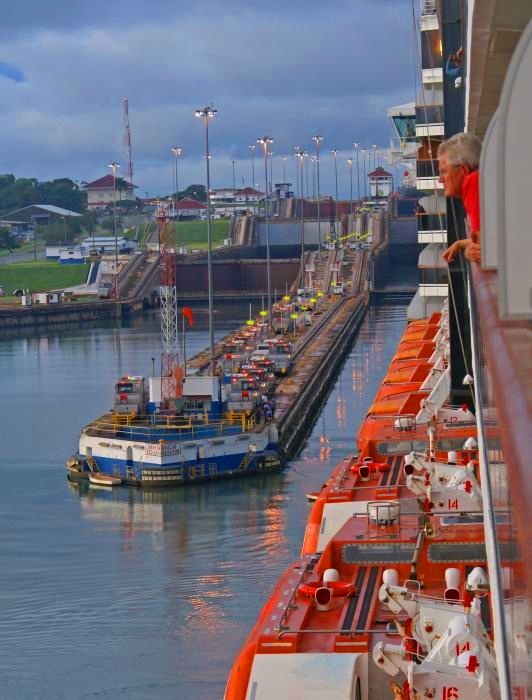 This causeway is 6km/3.7mi long and was built in 1913 using rocks excavated during the construction of the Panama Canal.  It joins 4 small islands – Naos Island, Culebra Island, Perico Island and Flamenco Island.  Only 15 minutes from the City (next to the Bridge of the Americas), it’s a quick trip to explore the many cafes and restaurants, take a stroll along the many paths, or just take in the beautiful view of Panama City. 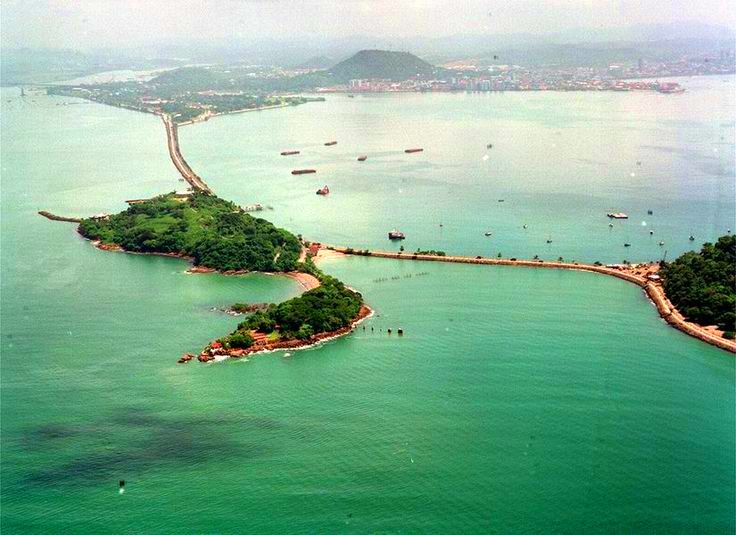 This means “Panama’s old city”, and is the best place in Panama City to see unique UNESCO World Heritage listed archaelogical ruins.  Founded by the Spanish in 1519, Panama Vieja was the first European settlement on the Pacific Ocean.  It was a flourishing city, but this ultimately led to it’s downfall, as in 1671 Panama Viejo was ransacked by a pirate called Henry Morgan (whose rum you may be drinking today!). 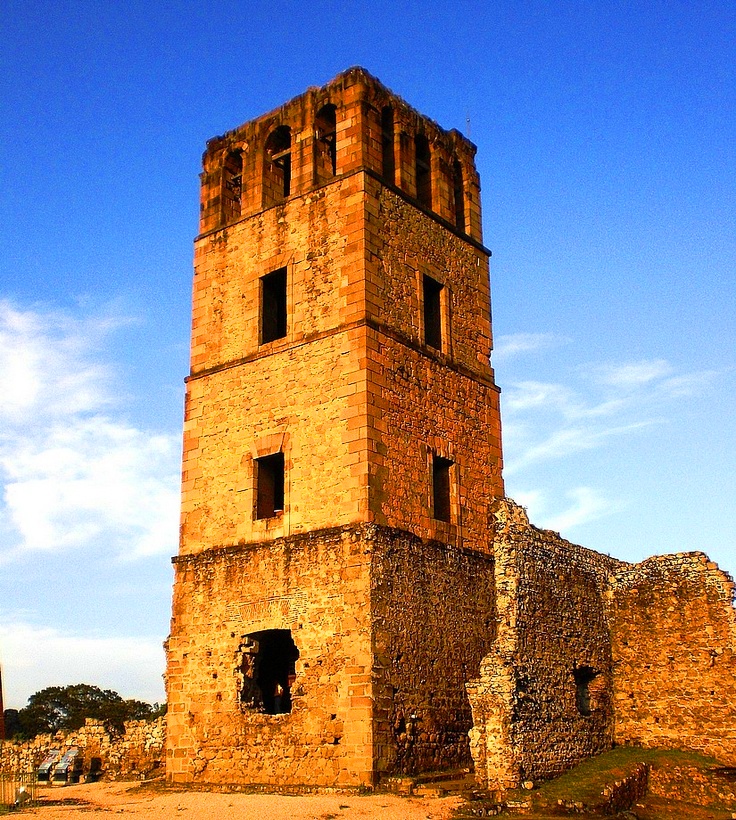 The old quarter (or Casco Viejo) a fascinating part of the City showcasing a unique mix of 17th century French, Spanish and early American architecture.  It was here that the people of Panama’s city relocated after the fall of Panama Vieja.  Today, the old quarter is one of the City’s most vibrant areas, with something on offer for young and old. 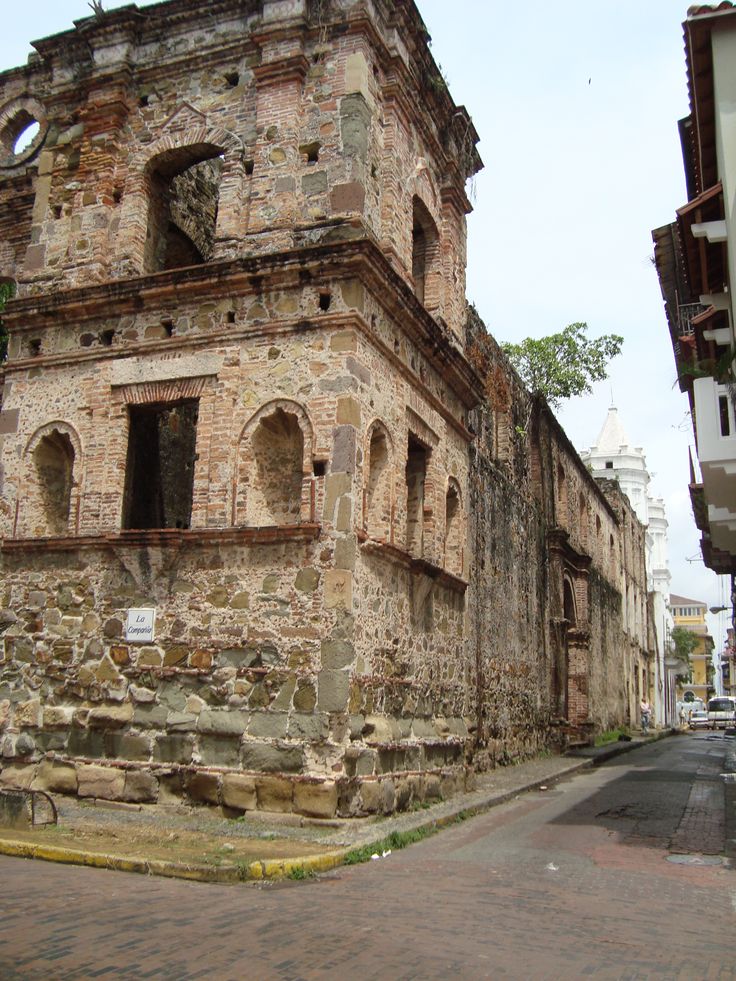 Only 20 minutes from the City, it’s a unique place to escape the hustle and bustle, and relax in the gorgeous rainforest setting, while seeing some unique animals along the way.  The area was earmarked for protection in 1974, but it wasn’t until 1985 that it was officially dedicated as a national park.  It’s over 230Ha in size, and contributes to biodiversity and ecosystem services (such as clean drinking water) for Panama City. 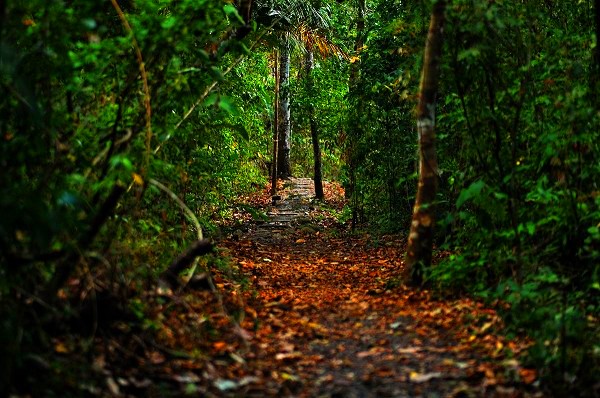 Spanish Panama offers full Spanish immersion classes which include tours of these must sees, and many more!  Contact the school today to find out how you can take your Spanish to the next level.

What’s on your “must see places in Panama City” list?

Penny de Vine is an Australian teaching English classes at Spanish Panama Language School.  She has many years experience teaching English as a second language to groups and individuals in Japan, Guatemala and Panama.  Penny has a love of travel and has visited almost 20 different countries throughout Asia, South America, North America and Central America.

SpanishPanama is a Canadian-Panamanian run language school located in El Cangrejo, on the main corner of Via Argentina.  The school has a 13 year history of teaching Spanish in Panama and now offers Spanish, Portuguese and English classes for groups and individuals wanting to learn a language for conversational, business or academic purposes.  At Spanish Panama the teachers are all native speakers, profesional and experienced.  For more information please call (+507) 213 3121, or visit our website www.spanishpanama.com