Panama City is one of the most modern, commercial and energetic cities in Latin America. It has the buzz of a city yet there are 100s of tranquil spots like parks gardens, ancient ruins and museums to unwind and relax.

Panama City is a world banking center: considered the “Switzerland of the Americas”

There are more than 10 modern shopping malls, with all of the famous international brands available. Albrook Mall, built in 2003, the first mall in Panama, is now the 14th biggest in the world.

Panama City is culturally diverse with large Afro-Caribbean, Chinese and numerous communities. It is common to meet people of very mixed ethnicities.

The tropical weather: year round the climate is comfortably warm and Panama City is green.

Low cost transportation: taxi rides in Panama City range from $2.00 to $6.00 (depending on the distance), buses are 35c one way, and the metro is 35c for one trip (this is the first metro line in Central America, and more lines are planned for construction, even to the airport PTY).

There is a vibrant nightlife, with jazzbars, clubs, and casinos.

Panama City is centrally located, close to both coasts (the Carribean and Pacific), beautiful islands and the rainforest.

There’s great food: Ceviche, Patacones, Sancocho, Tamales, and 100s of international restaurants. Due to the fact of its location as a hub for humanity, cooks have often decided to just stay here from multiple countries for the last few hundred years and pass on a world of diverse recipes.

Panama City has a rainforest called Metropolitan Park within the city, itself, and only a 15″ drive from Spanish Panama.

Two oceans. You can see the sun rise on the Pacific Ocean and set on the Atlantic Ocean from a single point. And you can drive from one ocean to the next in little more than an hour. Talk about amazing fishing and swimming!

Panama City has the oldest operating railroad in the world. The construction cost 12,000 lives.

Panama City has no hurricanes, no tornados, no blizzards, just a warm climate all year round.

Panama City has a population of 1.8 million people when we include the far off suburbs and “barrios” as they say in Spanish.

You don’t have to change your money when your come here from the U.S. as Panama uses the U.S. dollar.

One third of Panama’s economic activity is from its Panama Canal, the 7th wonder of the world. It was: “a man a plan a canal panama” …and you’ll see that is a palindrome if you write down the letters backwards.

Things to do in Panama City

You could easily spend at least a month in Panama City visiting the sights. There are so many wonderful things to see and do including: historic buildings, Panama Viejo (first ruined city), the Panama Canal, jungle walkways, beaches and tropical islands, as well as sailing tours. You can also enjoy the undiscovered, more rural countryside, and take in some fishing and birdwatching. There’s lots of skyscrapers, malls, financial and banking center, a multicultural ambience, best fiber optics/internet access in Central America, excellent Metro/Subway system, quick access to 2 oceans/beaches/jungles/mountains/country, and international airport that quickly brings you to quick flights to about 15 countries in the region as well as many direct air flights to Miami, New York, Houston, Toronto, and numerous European airports. 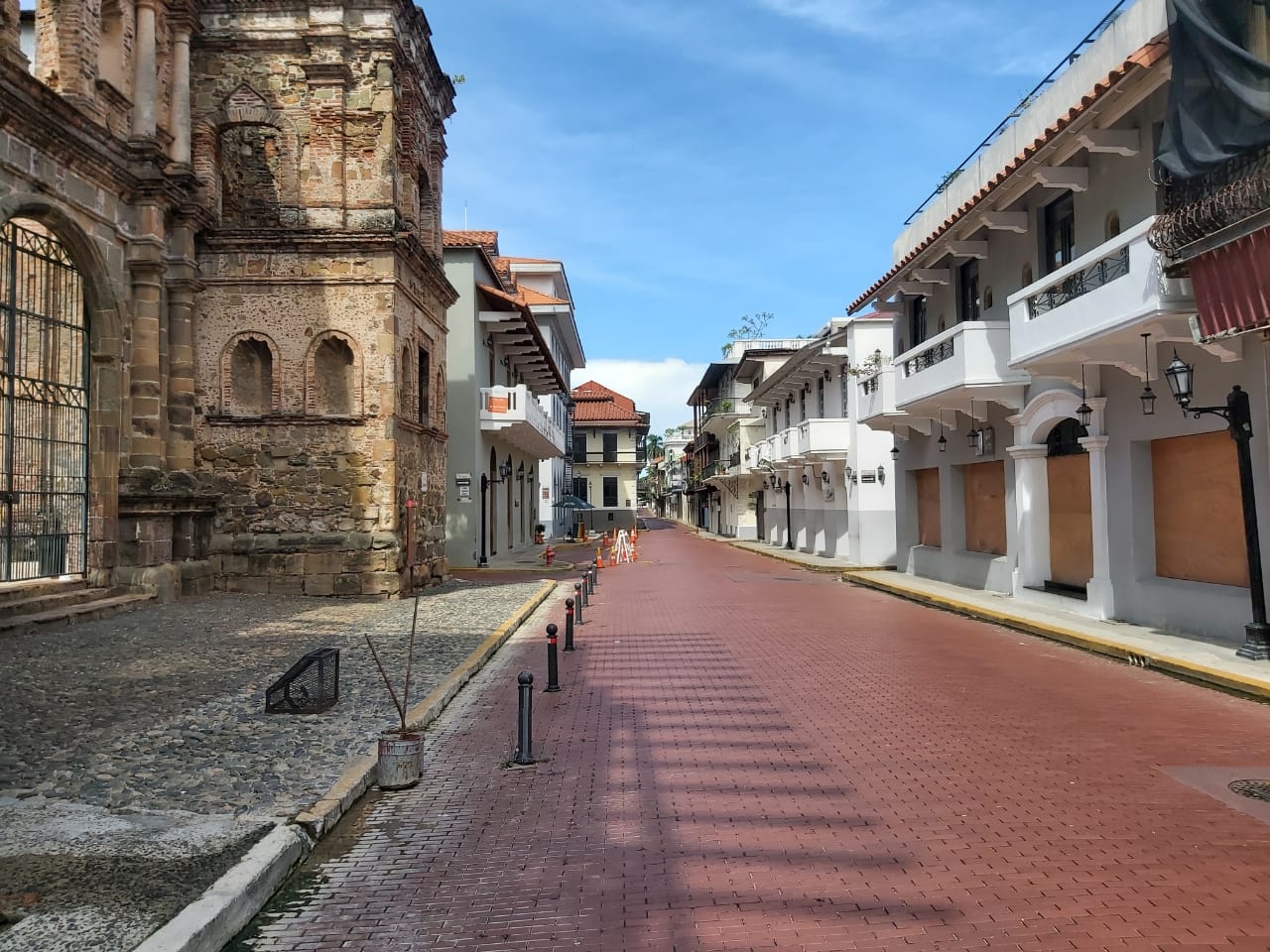 Nearby to Spanish Panama (in El Cangrejo) there are numerous shops on Via Espana, as well as at the entry to Avenida Central in Bella Vista.
From Spanish Panama, it’s just a $3 taxi ride or 12″ train ride to Albrook Mall, the biggest mall in Panama City. Albrook Mall is also attached to the national bus terminal, and this is just a 5 minute drive to the domestic airport terminal.
Panama’s Avenida Central, markets, and Machatazo, are also good spots for lower-cost shopping.

Multi-Centro and Multi-Plaza malls are just a 25″ walk from Spanish Panama.

Multiplaza is across the road from Torres de las Americas and the Panama Pacific Hospital (affiliated with Johns Hopkins). In this area you will find the U.S. Citibank, Samsung, Scotiabank (Canada’s biggest Latin American bank), and the Canadian Embassy (11th floor, Torres de las Americas).

Imagine that 17 years ago this was ALL just swamp land!

One of the many ships that go through the Panama Canal 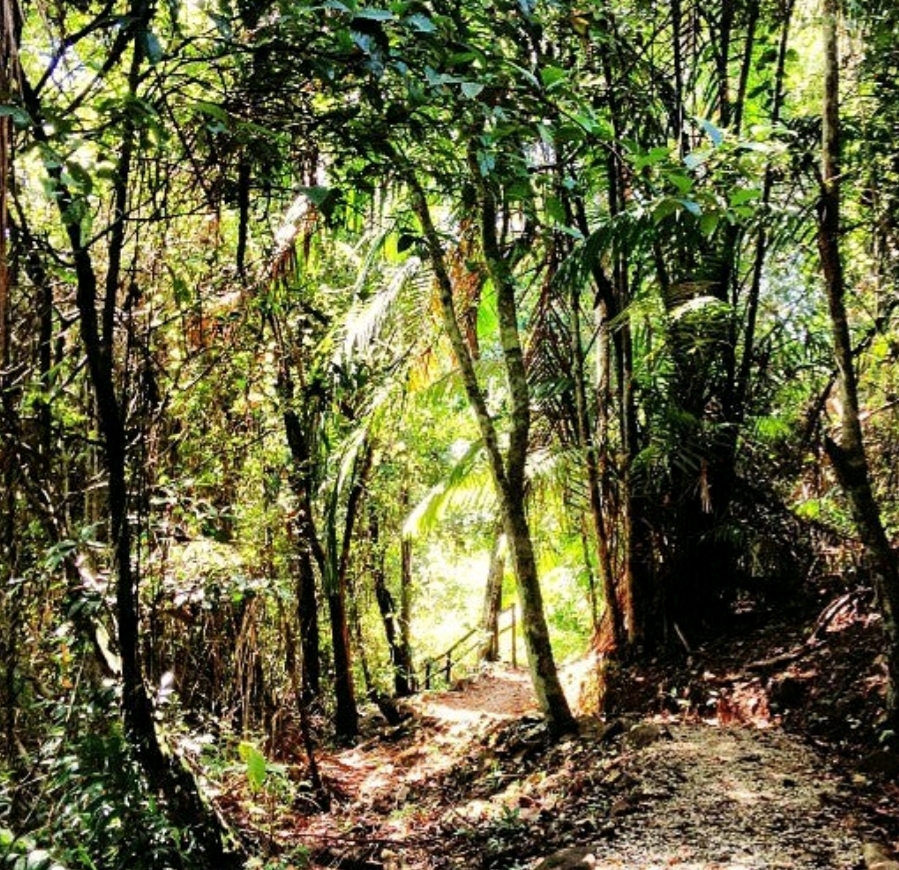 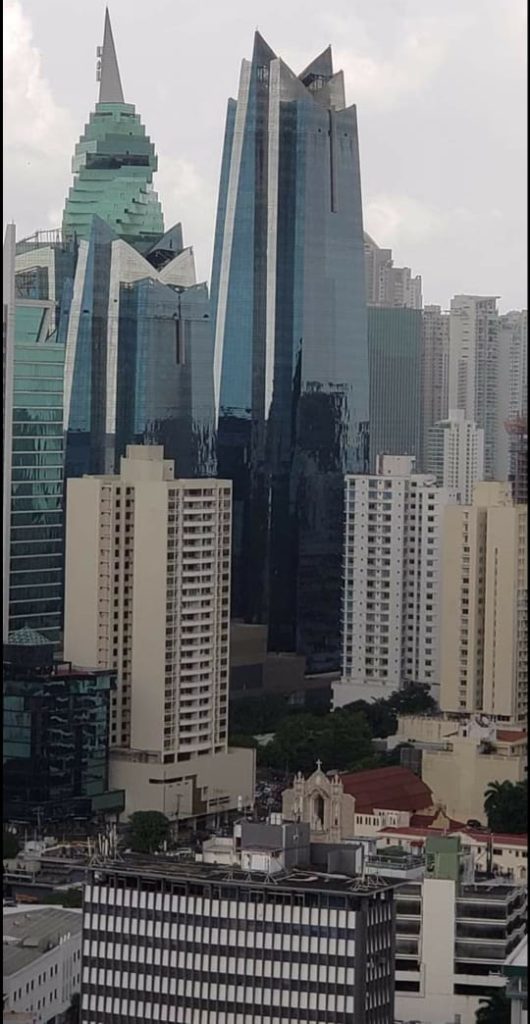