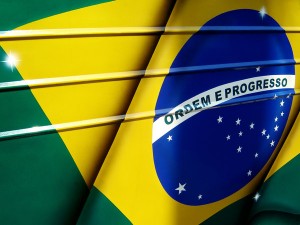 Language schools in Costa Rica and Panama recognizing the importance of learning Portuguese. Costa Rica published a report from its “Financial Capital” newspaper stating that Portuguese is the number three sought out language to learn in the country. Portuguese is behind Spanish and English and ahead of French as the language to learn. The FMI and World Bank, the report states, puts Brazil as in the top five economies of the world within 20 years so young people are smart to consider Portuguese as an option as well as English, Spanish, and Mandarin, as the dominant languages in the near future. The United States, India, China, Mexico, and Brazil are to be the big world economies.

Language students of Spanish Panama have had the option of taking Portuguese classes for one year now and this school has quickly become the specialists for the Portuguese language and Brazil culture. It has been first and foremost the premier Spanish language school in Panama City for 10 years and has one of the most personalized Spanish programs in Central America.

The article is titled “Voce fala portugues?” (Do you speak Portuguese?)

Make sure to learn Spanish, Portuguese, and English at Spanish Panama for your own future survival and enjoyment.