Avatar and Sanjay are Spanish students at Spanishpanama on Via Argentina. They moved from India and then to Canada. Now they live in Panama and come to SpanishPanama.

They just opened a new Indian food restaurant called “Avatar Indian Cuisine” just two blocks down from SpanishPanama on Via Argentina, just before Via España and the Via Argentina Metro Subway stop.

Along with the CanadaPlus Club they invite you to an 8 course Indian meal. The SpanishPanama Spanish school student price is reduced to just $25 a person.

Time is Tuesday, August 18th at 7:15pm.
Reserve now to be guaranteed a ticket.

The photo is Avatar and Sanjay at Spanishpanama school. (Avatar, Teacher Maria, Sanjay, and Spanish student Christopher) They are recently arrived immigrants from Toronto, Canada and are working hard to learn Spanish and adapt to the business climate of Panama.​ We wish them luck in being another Panama success story! 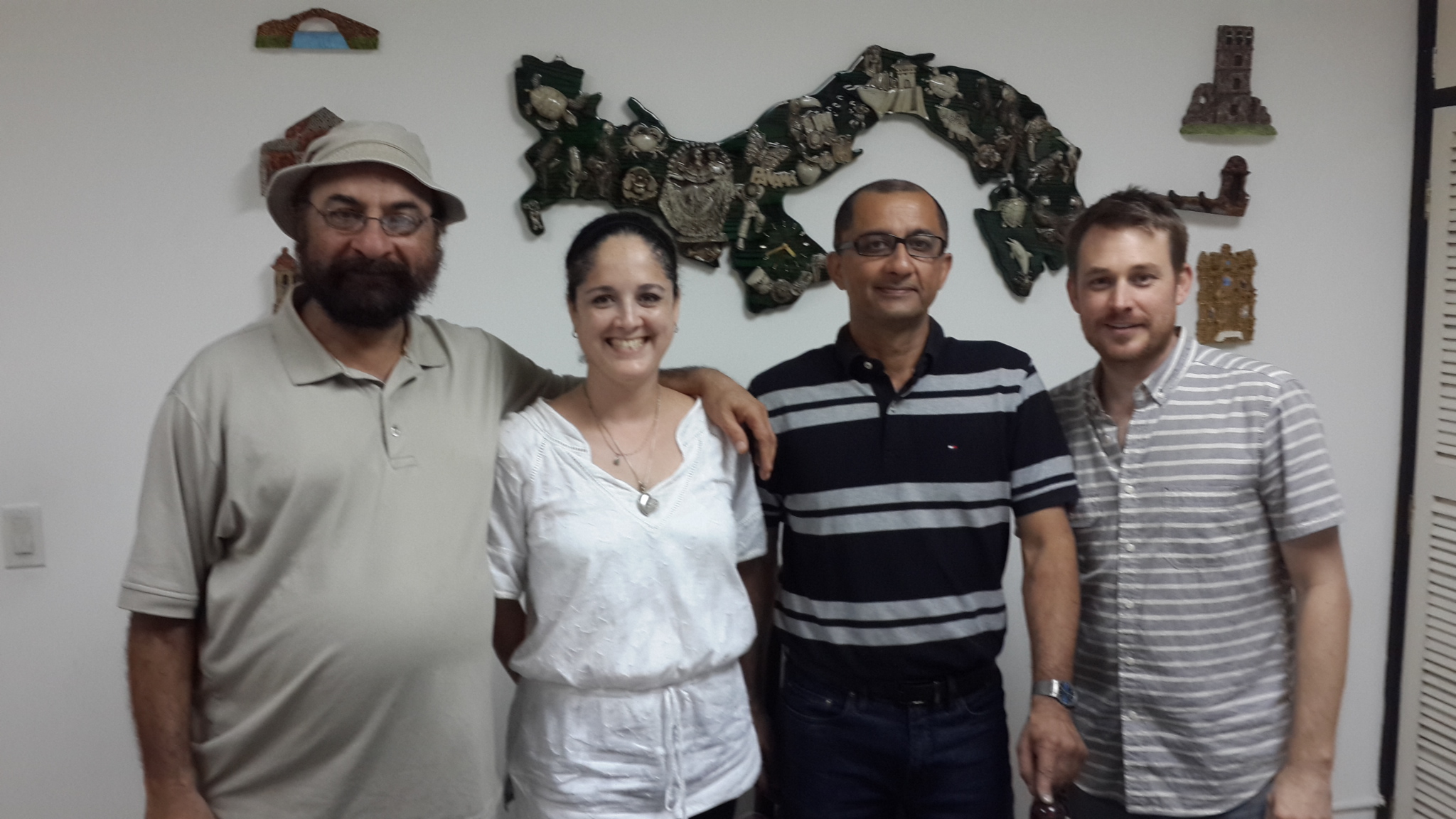