What currency is Panama currency ?

What currency is Panama currency ? 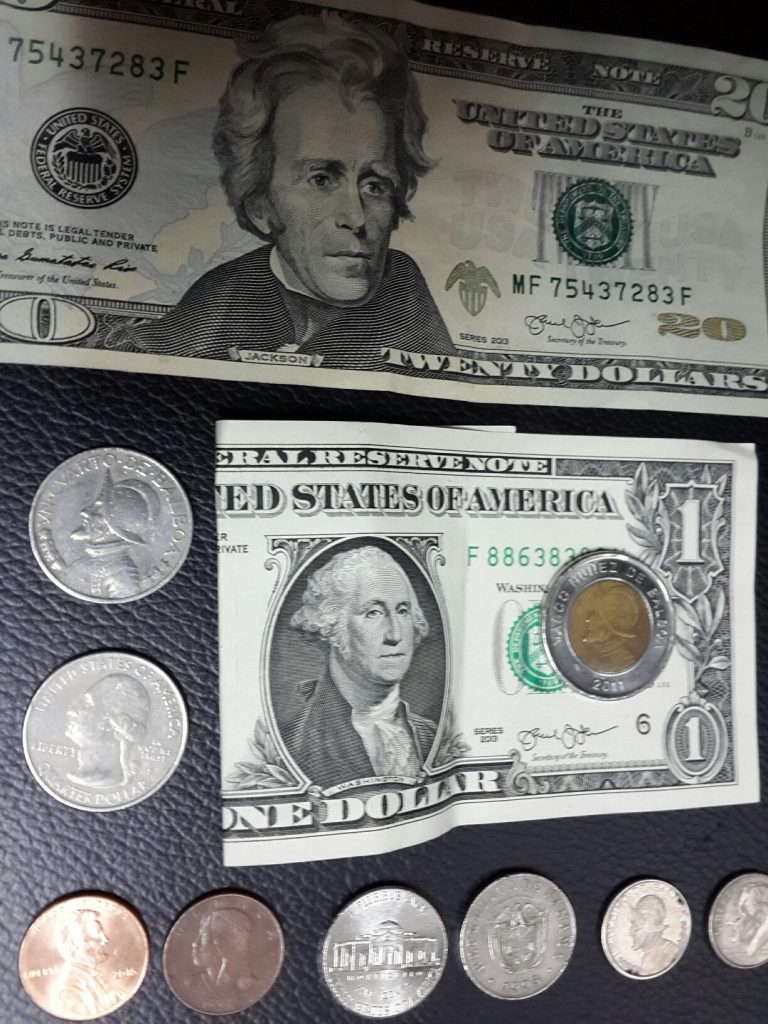 What currency is Panama currency ? www.spanishpanama.com www.cursosdeinglespanma.com.pa
An FAQ for Spanish students who want to learn Spanish at Spanish Panama Spanish school on Via Argentina.

In Panama the money is often referred to as the Balboa and this can be sometimes confusing to people initiating their research on which currency is used in Panama, and arriving here for the first time.

The fact is, and the good news is, that the Panamanian currency is actually the US dollar. And the two words are synonymus and just used interchangeably. So bring all your “Andrew Jacksons, Lincolns and Washingtons” to Panama! All US dollars are welcome here as that is the official currency. If you do banking or go to restaurants or shopping in Panama you will see either the Balboa sign,  B/. or the US dollar sign,  $. Both are the same.

Foreign exchange rate  PAB/USD. The Panama Balboa is equal to and the same as the United States Dollar

So all paper bills used in Panama are US (or Balboa) funds. Also, all US coins are accepted at value. However, you will soon be carrying in your pocket, a bunch of coins, some in US monies and some that look familiar but cannot be used or brought back to the US. These are the Panamanian issue of “balboa” coins. The color and size is the equivalent to the color and size of US coins but with the images of Vasco Núñez de Balboa, the Spanish conquistador, for which this money was named, and also images of Urracá (Ubarragá Maniá Tigrí), the famous indigenous (Ngäbe) chief and a big thorn in the side of Spanish plans in the 1520s.

Recently, under the mandate of Ricardo Martinelli, Panama also introduced a $1 coin sometimes referred to locally as “a Martinelli” the last, and very controversial, Panamanian President.

In the market places you will often hear the word “a Balboa” which of course means a dollar. You will sometimes hear the word “peso” which is a word representing 50 cents US and has no relation to the Mexican or Colombia “peso”

Panama has used the US dollar since 1904, just one year after it achieved independence from Colombia with a lot of intervention from the USA.

And what’s that look of consternation on the $20.00 American bill? Well, that’s Andrew Jackson, and he would’ve been wise enough to tell us what was really going on with the world’s money racket if he were here today. But that’s another story…

What currency is Panama currency ? …by Spanish Panama Spanish school for learners of Spanish as a second language. A language school since 2001 in Panama City’s fashionable neighborhood of Via Argentina.

www.spanishpanama.com Spanish classes at our school or your business office

Spanish and English classes at SpanishPanama language school. www.cursosdeinglespanama.com.pa www.spanishpanama.com
What currency do you need when you come to SpanishPanama