Those questions, or the look of disbelief on a person’s face when being told that I have no stomach, are moments that I have learned to relish with a sense of humor, rather than embarrassment or a sense of shame. There are definitely social and psychological adjustments to be made upon losing one’s entire stomach to a surgeon, especially if you’ve never had any stomach problems before in your life. With 100% of my stomach removed as a perfectly healthy male, I could think of better ways to spend my 50th birthday than on an operating table with a slight chance of death. In my 50th year of life I liken my digestive system as being like a baby learning to eat, really not knowing what was going to happen with each new spoonful. I was losing 2 pounds a week for 8 months without knowing when that would end. I will not get into slimy details here (vomits, choking, aversions, testing, sugar rushes, intolerance, diet fluctuations, return to hospitals, re-testing, …) as you would not likely have the stomach to continue reading (pun intended)…

I was diagnosed positive with the same gene that has inflicted my family tree on the maternal side (meaning current, and generations past), and now known to only about 150 families worldwide. The gene causes a condition known as Hereditary Diffuse Gastric Cancer (HDGC), and is found in about 2% of people with stomach cancer. It is an inherited characteristic, and means as a man, I had an 80% chance of developing stomach cancer in my lifetime. HDGC discriminates even further against women: as well as having an 80% chance of getting stomach cancer there is also a 60% chance of getting breast cancer. In genetic terms, the gene associated with HDGC is called CDH1, and is located on chromosome 16. The roots of this discovery date back to 1998, within the Maori tribes of New Zealand. The CDH1gene is found through a simple blood test. If someone observes that there has been a lot of stomach cancer in his/her family and relatives there is the possibility that this gene exists. For more information see the page http://www.nostomachforcancer.org/

With all this knowledge on hand, it is now suspected that my Mom, most of her 7 brothers and sisters, and my Grandmother, as well as many generations of cousins, likely died of stomach cancer. To witness the up to 5 year slow death of stomach cancer is a horrible experience, and this form of stomach cancer has been said to be the second worse form of cancer that a human can have.

Some say my generation is very lucky as without the computer – technological discoveries colliding with huge scientific progress in genetics at this very point in human history, and coming to a climax in only the last 15 years – I would never have been able to make this “radical” decision to save my life. “These are the days of miracle and wonder”, as the Paul Simon song goes. It is amazing to think that for the past 1000’s of years many of my ancestors may have been dying with this stomach affliction without really knowing why.

It saddens me that perhaps there are right now families in Panama (which has a high rate of stomach cancer), as well as all over the Spanish speaking world, that have the same gene. Their loved ones could be dying of stomach cancer, and assuming there was no way of knowing what is happening, and whether they have the options that I did. Thus my need to write about this in Spanish (translation below) to help create awareness, as Panama is still a long way off from this diagnostic procedure that could actually save money on medical costs, as well as save a lot of human suffering.

From my own personal experience there is nothing easy about being tested positive for this gene. Having been a vegetarian, with a slight bias against “Western Medicine”, I thought hard about the possibility of not going through with this dreadful procedure. It is such a new discovery, I thought: “If the odds were up to 80% chance of getting stomach cancer, what are the other 20% of people doing that causes them not to get the cancer?”. However, the genetic studies and consequent mortality statistics are fairly accurate, and as my sister-in-law once mentioned “you may not be able to eat your way out of this one”. The problem is that you have to live the rest of your life wondering what each sensation in your stomach or throat really is. If positive with this gene, you may wake up in the morning with a tummy ache, and worry that this is – this could be the beginning of a painful final 5 years of life ahead, or maybe it is just a tummy ache. That’s a hard thought to live with. I have already had cousins (some my own age), who have refused to get the surgery, in spite of being tested positive (and they do get that stomach ache). This is the point where many decide to have the surgery. The surgeon opens them up, and then stitches them up again, as it is too late. Even when doing constant endoscopies, this cancer cannot often be detected in its very early stages, as it begins in the stomach lining. Almost always when it is found it spreads so fast that it is too late. We do not know what the future will bring. However, science is moving fast in this area, and there is hope of other options, though it is unlikely that within the next 10 years there will be a big change.

Those who have had this radical surgery as a way of avoiding stomach cancer are a fascinating testimony to the future of the human existence: that we will do anything necessary in order to survive and thrive.

2010 was a tough year. With the surgery came the thoughts of the possibilities of losing life, my business, income, sense of well-being, optimistic outlook, and physical health. Instead, I received tremendous family and friendship support, the birth of another beautiful baby daughter, the business continued successfully, and I was able to turn the experience into another page of what life has to offer.
I now have an even deeper appreciation of all the things I do have in life. 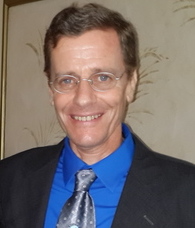